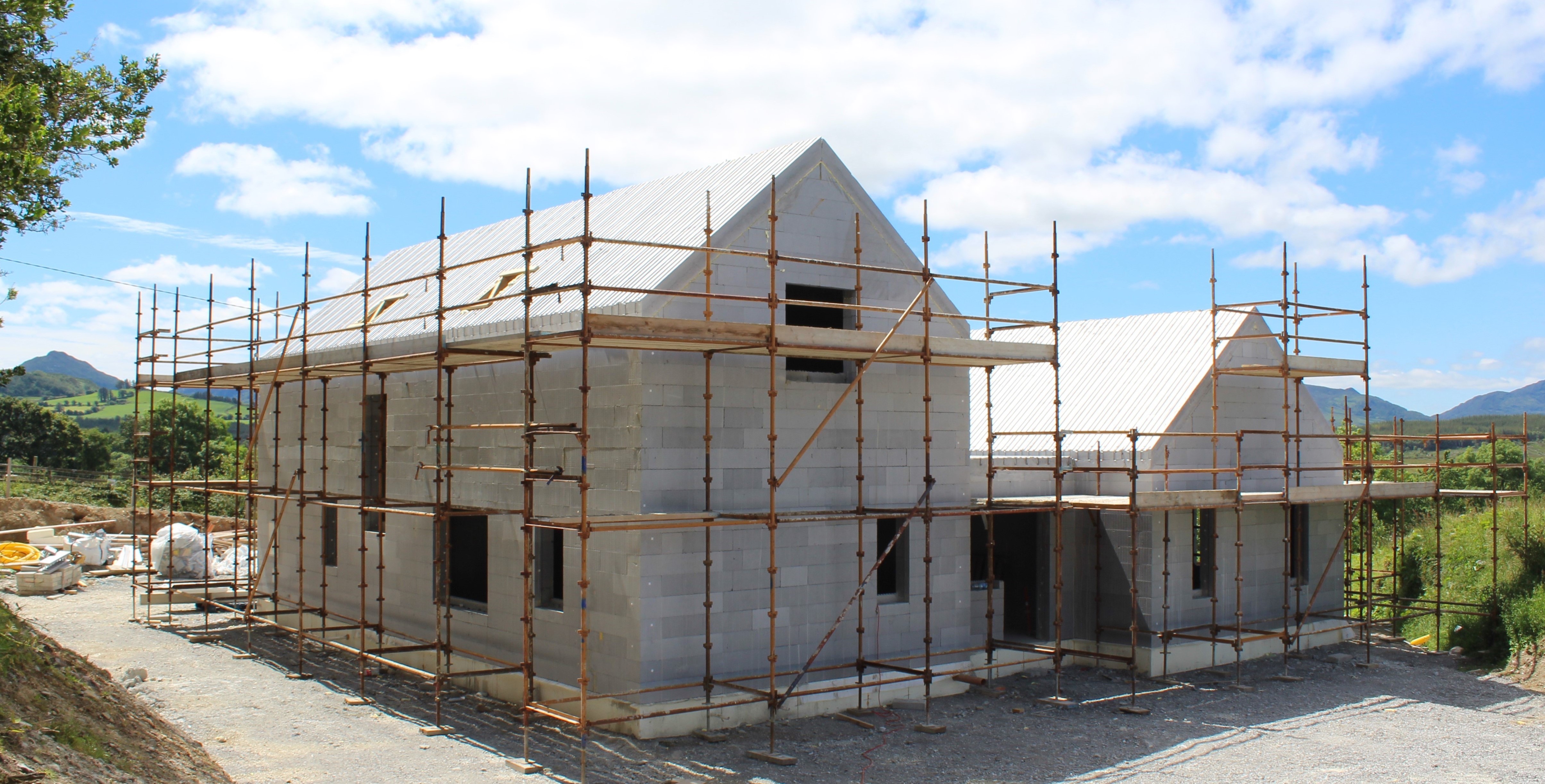 Self-building can be a daunting task, especially considering modern building technology advancements and my own limited experience. As a self-build from the outset, I needed consider how best to achieve a good level of insulation in the floor, wall and roof of the house, maintain continuity of insulation to prevent thermal bridging, how to keep the building airtight, design of heating and ventilation system and how all of this would work within the design of the house. Of course, a huge consideration was achieving all this within budget.

Unlike before, there are now seemingly unlimited ways of approaching a build. I initially intended to go the traditional route of a cavity block wall with a timber roof as I considered this to be the safest option and the cheapest. However, when my engineer drew up the house for a cavity wall the structural element of the design presented problems. Large window opening required a lot of steel, vaulted ceiling in living area meant building block on the flat. The roof is vaulted and dormer so correctly insulating the roof was not straight forward. Airtightness also needed to be carefully considered. When I considered all these aspects, building with block was becoming expensive and difficult.

I have known about Thermohouse for several years and a few of my friends’ houses were built by Thermohouse. I received a quote from Thermohouse which was very competitive with building a more traditional way. I meet with Fintan in Thermohouse offices and went through all the build. All the previous structural difficulties were no longer a problem. One of the big advantages of ICF construction is the flexibility of design. Large opening and wide vaulted ceiling are no problem using the system. The Thermohouse roof solved the problem of insulating the roof and insured continuity of insulation between the wall and roof. The wall and roof are also airtight. For my build the Thermohouse ICF system was a perfect fit.

I was slow getting my site ready for Thermohouse but they were very accommodating and flexible in agreeing a start date. I mainly dealt with Paudie during the build. Paudie carefully went through each aspect of the construction and pre-empted any issues before work was carried out. There were no problems only solutions. As an inexperienced self-builder, Paudie also advised and helped me on elements of the build outside of his remit which was very beneficial.

Marcin and his crew started on the agreed date and the work took under six weeks in total. Marcin was excellent to deal with and was happy to advise me on element of the build outside his job. The crew were very efficient and professional. The work was completed as agreed and they were excellent to deal with.

The benefits of using the Thermohouse system for me was:

1. Very well insulated walls and roof with no thermal bridges and airtight.

2. System worked very well with the insulated foundation I used

4. Dealing with one contractor for the walls and roof. Much easier then dealing with block layer, roofer, insulating roof and airtightness contractor. Meant for better continuity of work

5. The speed of the build is amazing. House seems to appear overnight.

6. Paudie, Fintan and Marcin were professional, helpful and very easy to deal with. All work was carried as stated and for agreed price.

I am still completing the build, and I am very happy I chose Thermohouse. I will have an A rated house, built to a high standard which will stand the test of time. 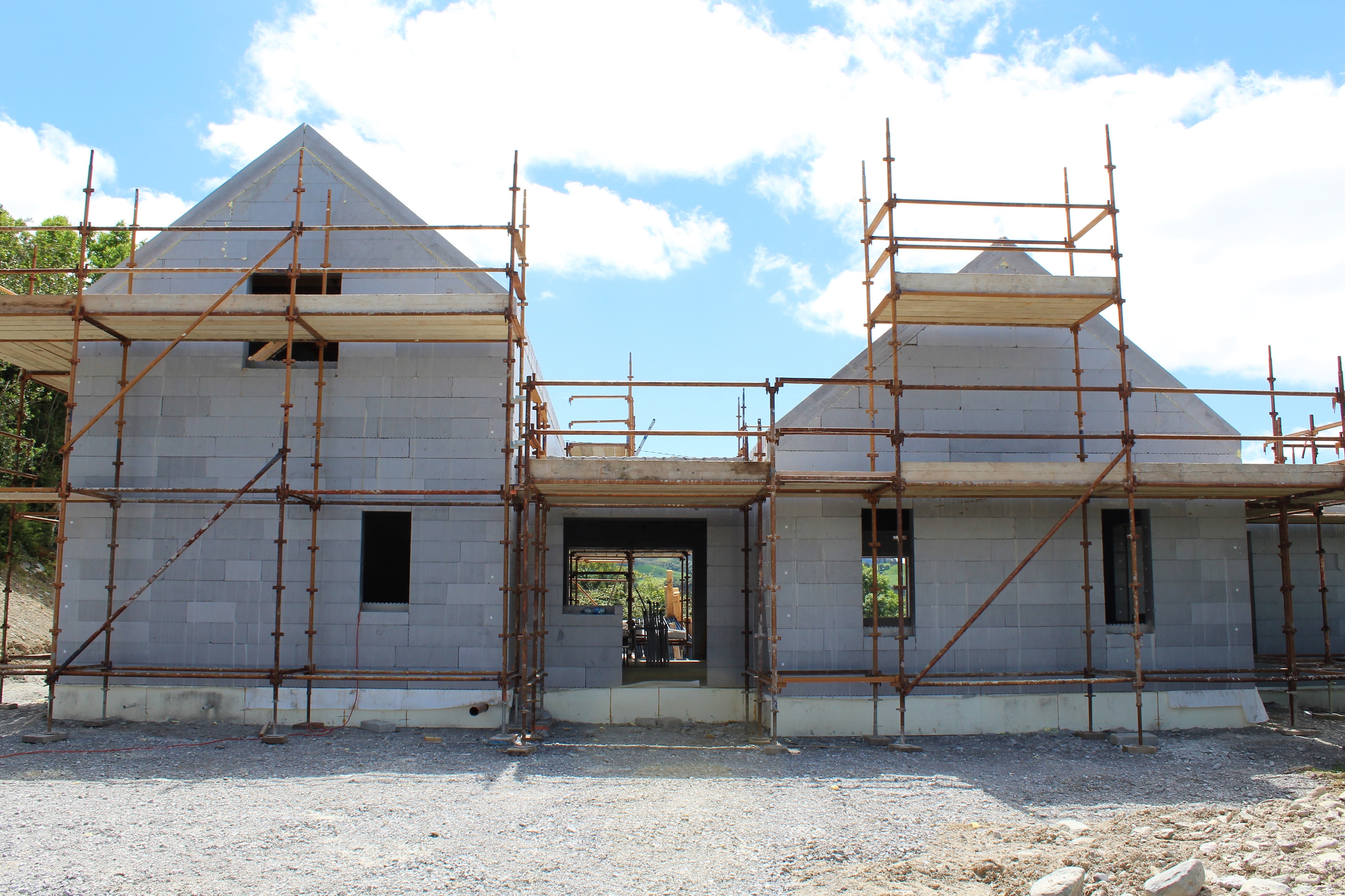 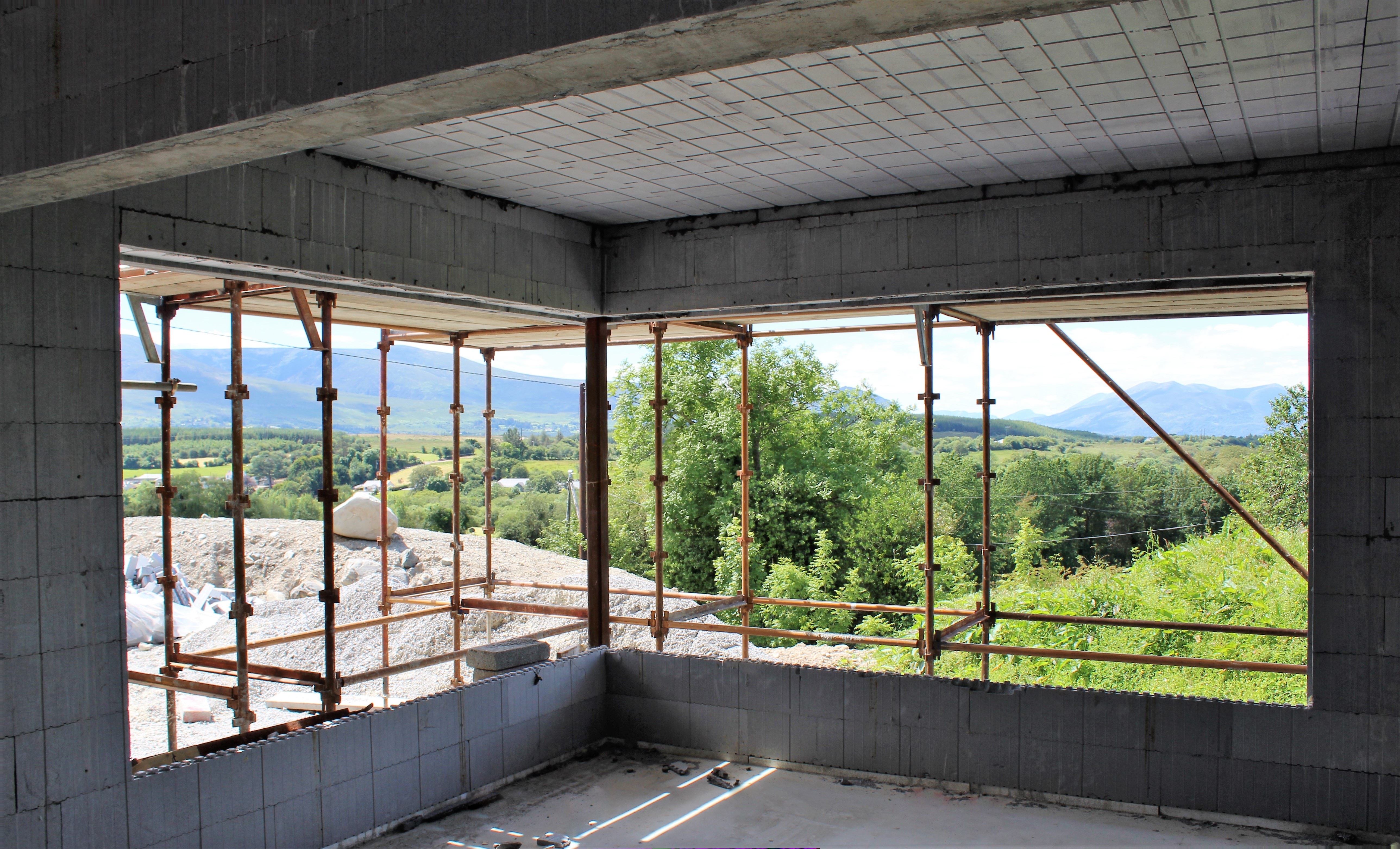 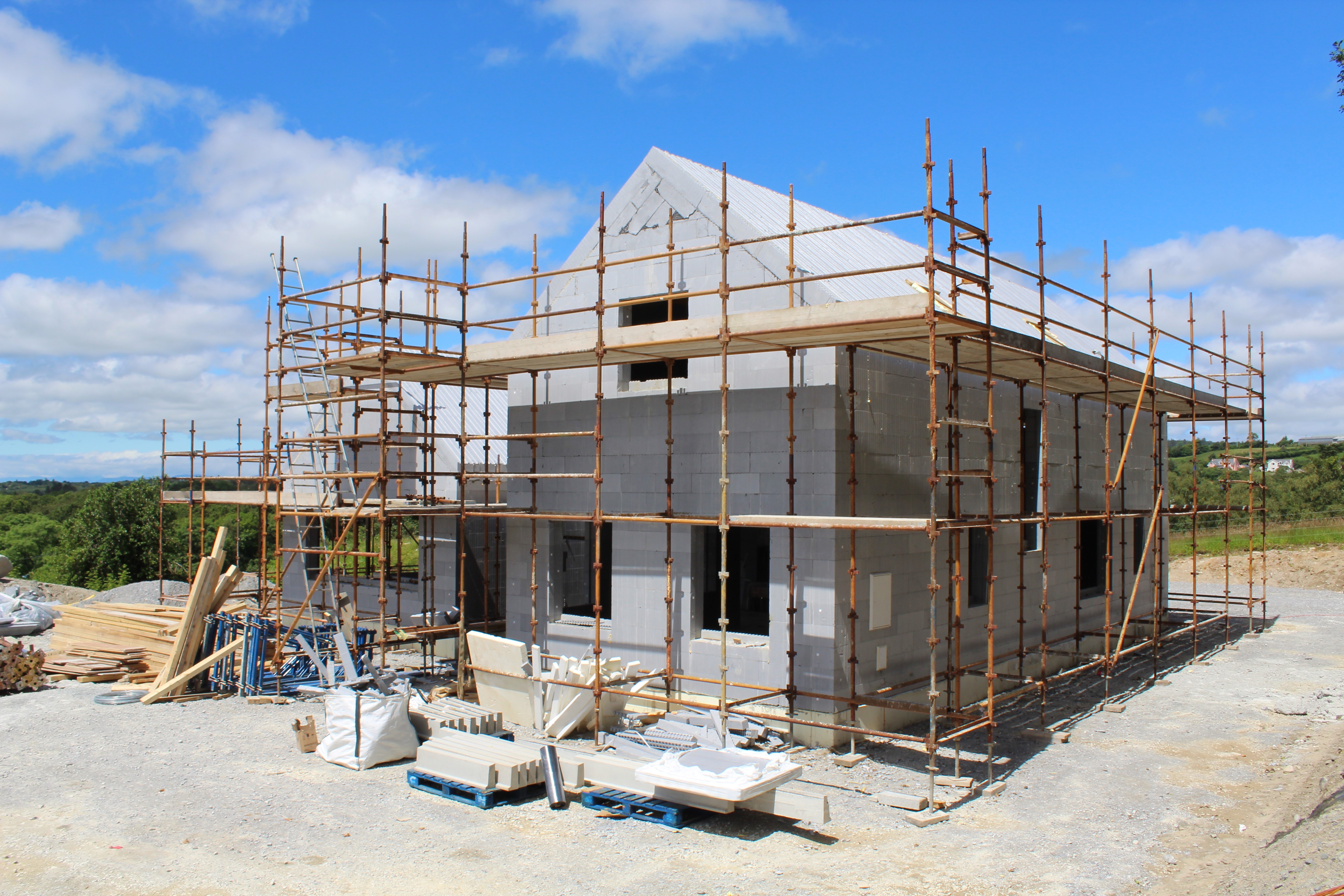 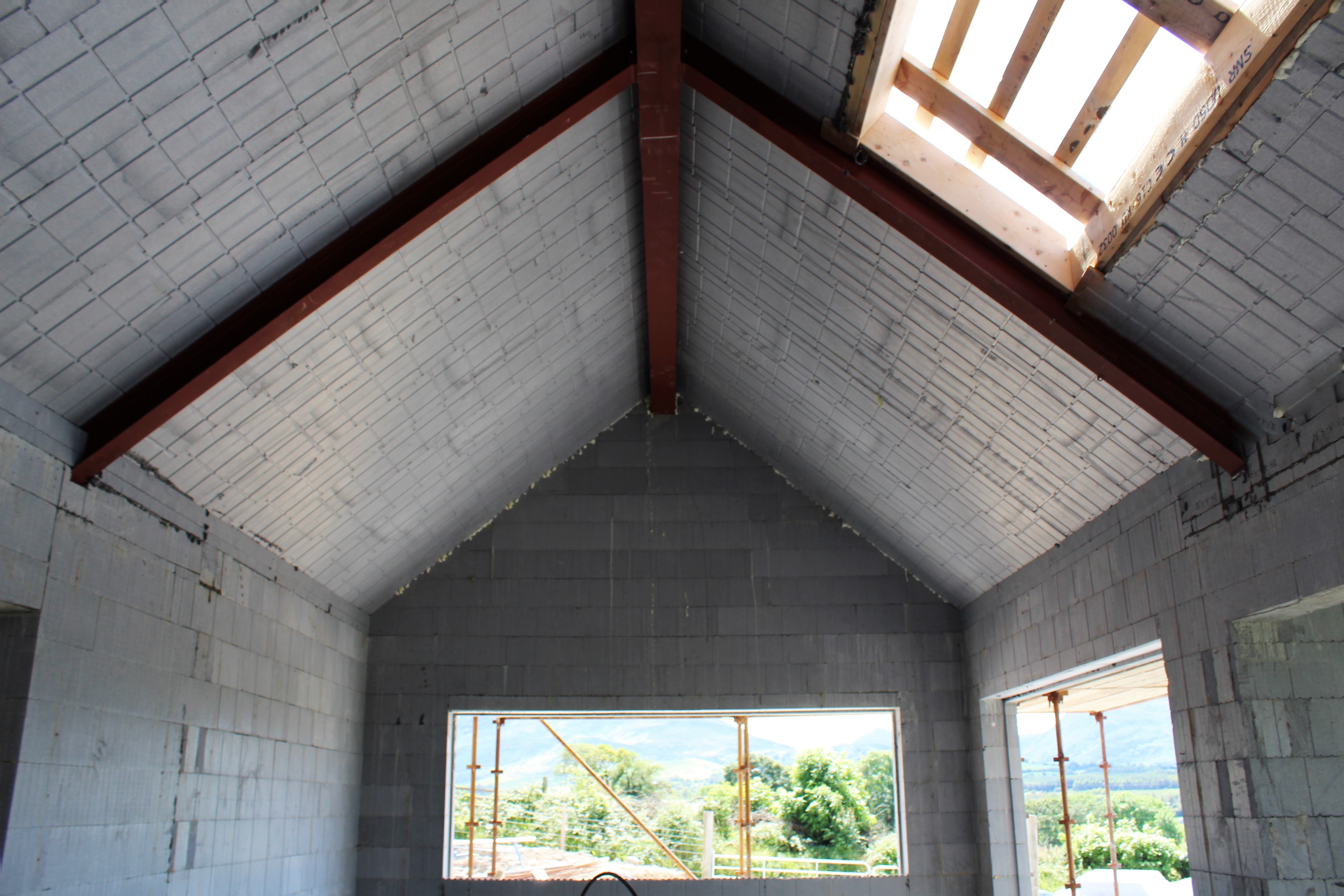 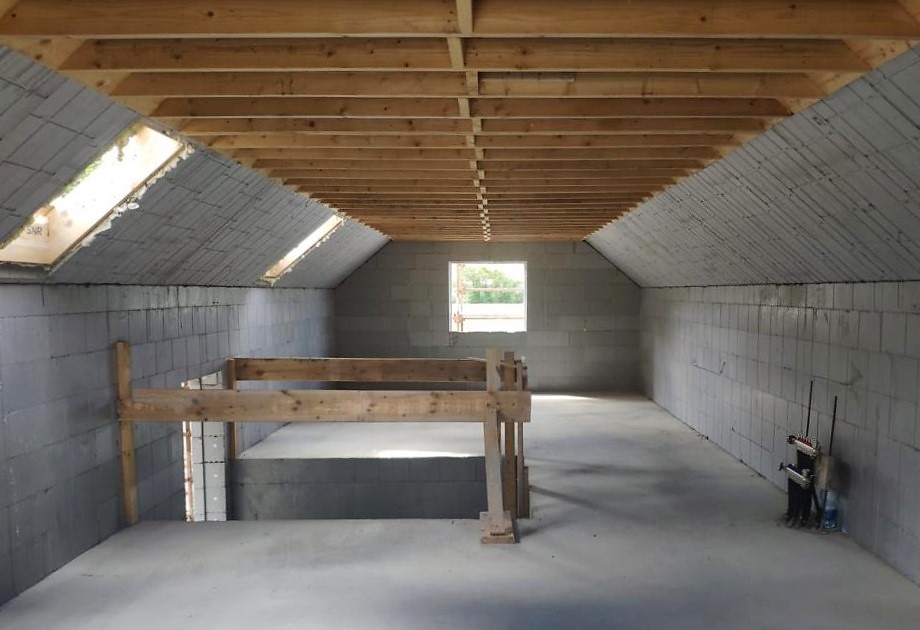 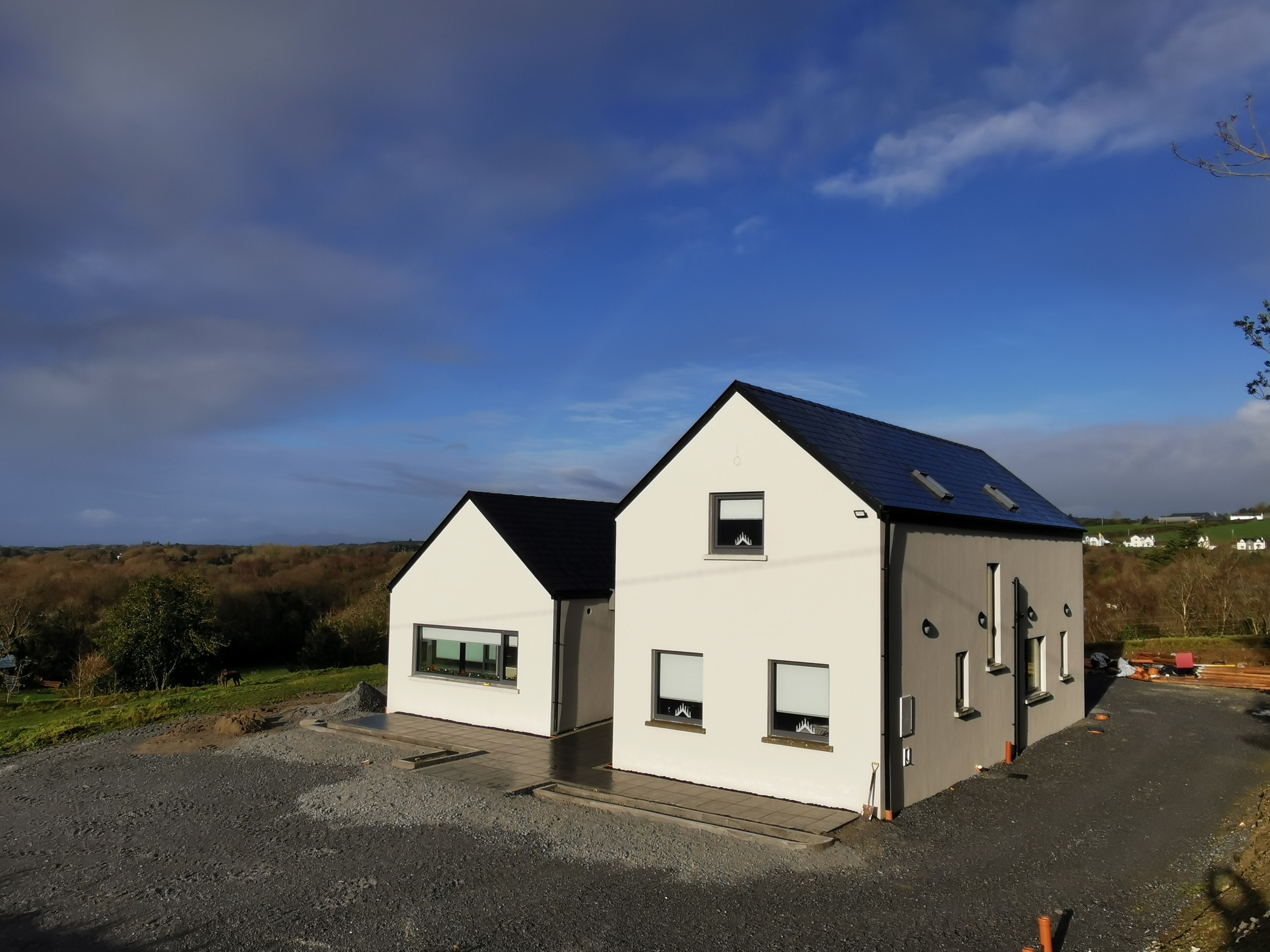 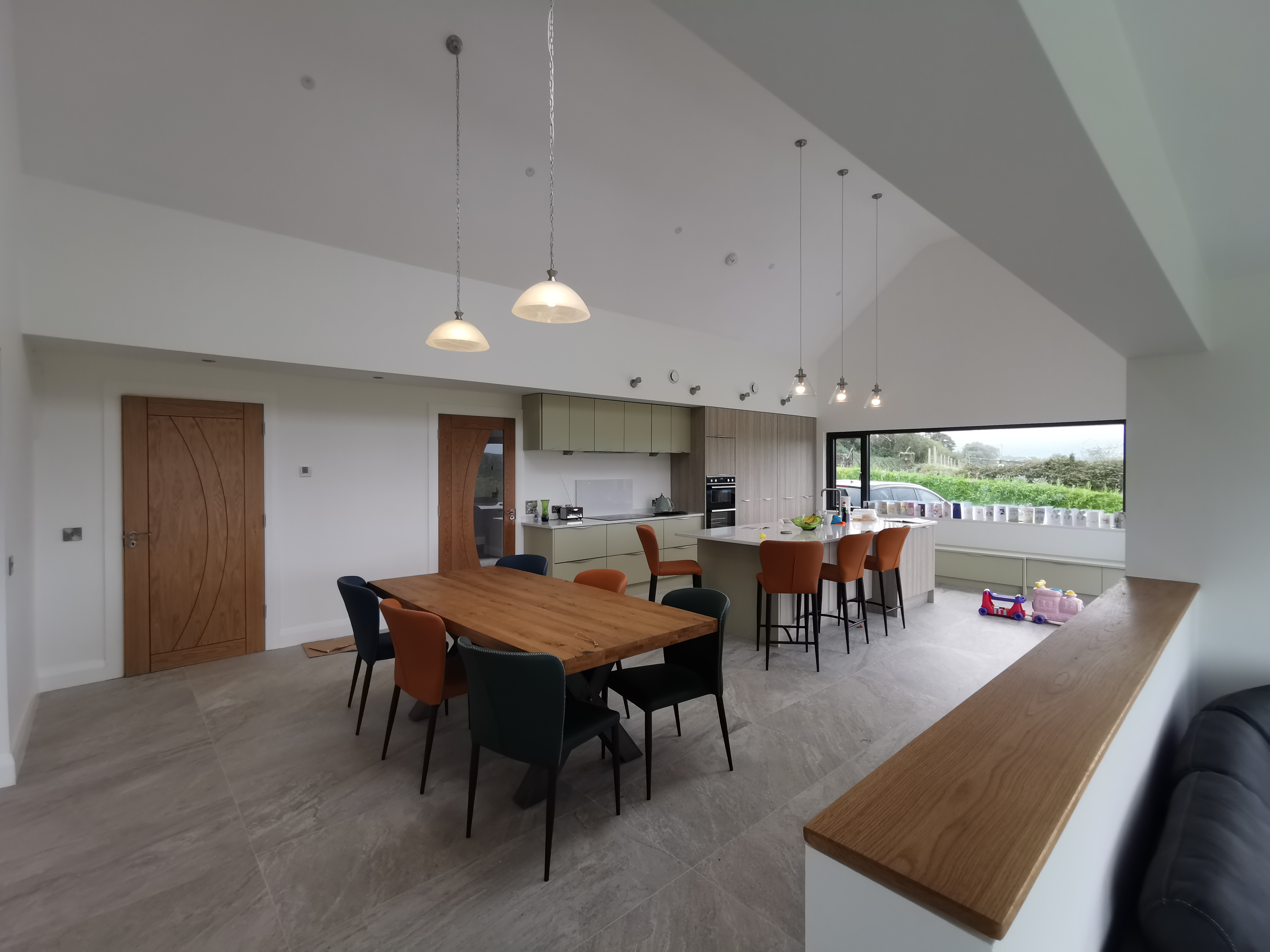 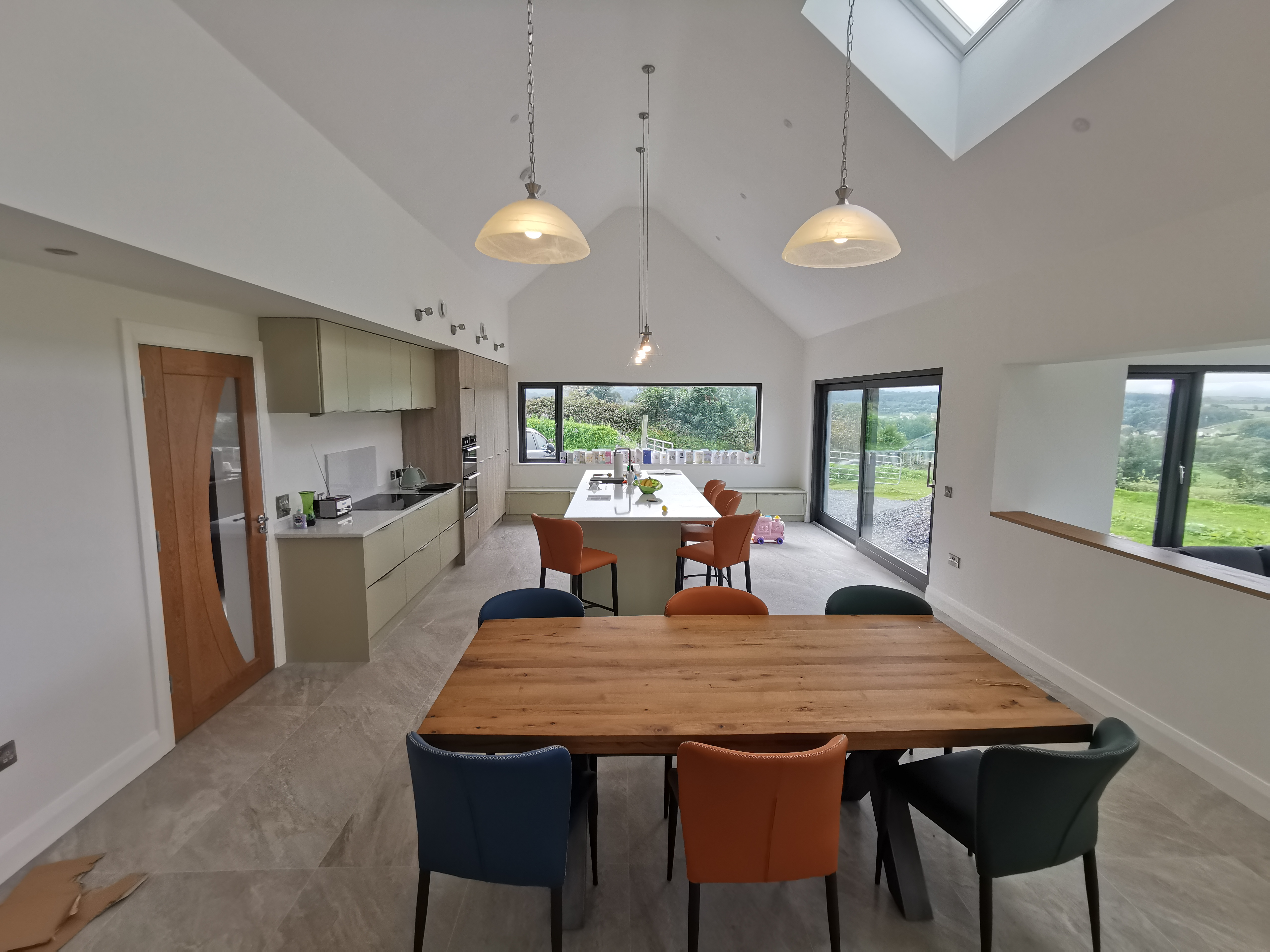 We use cookies to ensure that we give you the best experience on our website. If you continue to use this site we will assume that you are happy with it. View our Privacy Policy page for more information.Ok
Request a call back